As the dinner’s keynote speaker, Bialik—an observant Jew in Hollywood who plays neurobiologist Amy Farrah Fowler and is herself a neuroscientist—represents a microcosm of the college’s groundbreaking achievements in Israeli society and spoke about her career breaking down barriers 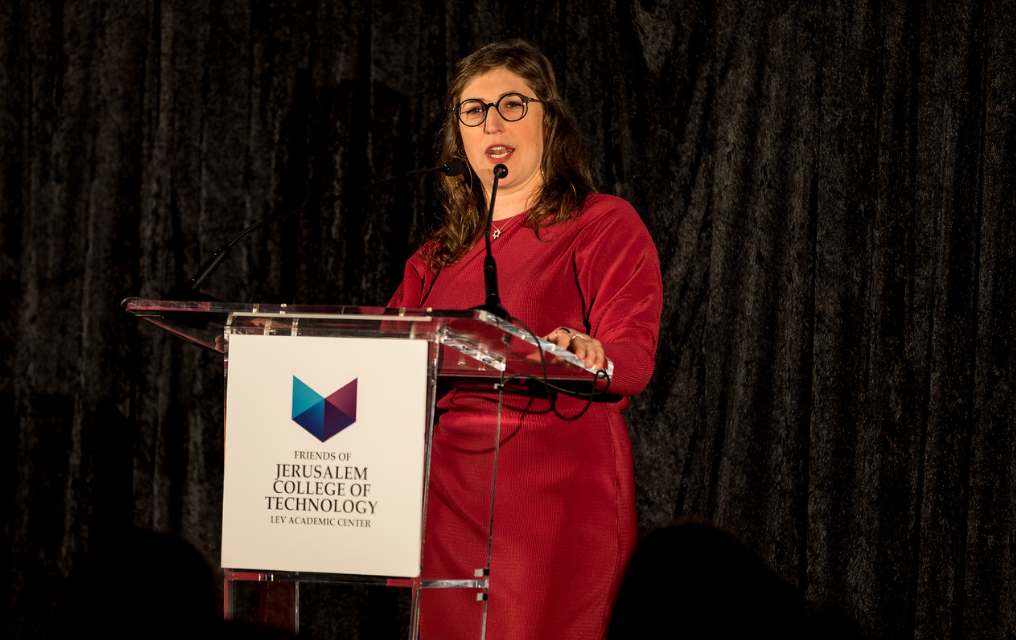 Jerusalem, May 7, 2018 — Friends of Jerusalem College of Technology, which rallies support for an academic institution that is at the forefront of empowering women in Israeli society, last night featured “Big Bang Theory” star actress Mayim Bialik as the keynote speaker at its New York City gala dinner.

Over 400 people gathered at Lincoln Square Synagogue in Manhattan to hear Bialik and support the Jerusalem College of Technology (JCT) as a key agent of change in Israel through its training of religious women in science and technology careers. Bialik—an observant Jew in Hollywood who plays neurobiologist Amy Farrah Fowler on “Big Bang Theory” and is herself a neuroscientist—was perfectly cast for the role of keynote speaker at the Friends of JCT gala.

“What is so incredible about what the Jerusalem College of Technology does, and why I’m so honored to be here, is that I want to see Israel succeed and compete, and I think there is so much misinformation about Israel. Organizations like JCT represent that tension and complexity while really honoring so many of the values that many of us hold true no matter how we identify politically or religiously,” Bialik said.

Bialik’s honor at the “JCT – Sparking Innovation” event comes after the college was recently awarded land in Emek Zion, adjacent to its Lev Campus for men, where it is planning to build permanent facilities for the Tal Campus for women. The Tal Campus offers female students a unique combination of science and engineering education on the highest level and advanced Judaic studies courses. 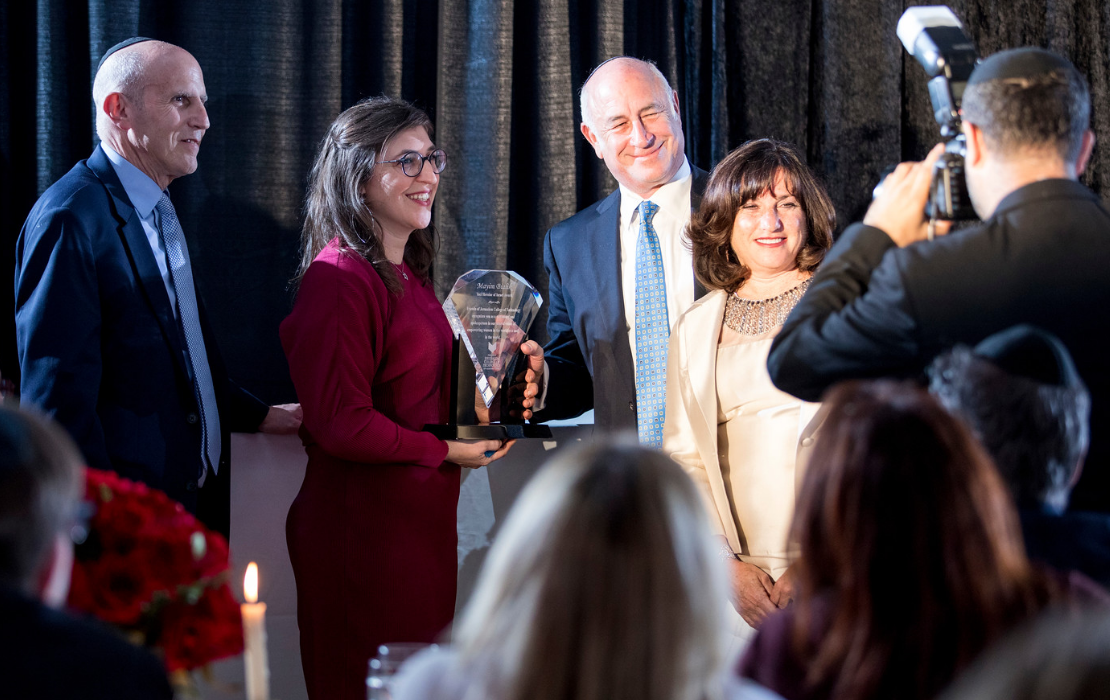 In a letter sent to organizers, Israeli Prime Minister Benjamin Netanyahu wrote, “For almost 50 years, JCT has been preparing students in the fields of hi-tech engineering, electronics, business management and life and health sciences. JCT graduates help Israel maintain its status as a world leader in technology and innovation. Over the years, JCT’s graduates and faculty have established over 60 hi-tech companies,” PM Netanyahu continued. “The new Tal Campus will provide an opportunity for motivated and talented women interested in combining Judaic and academic studies to realize their potential and develop much-needed expertise in hi-tech and science. I am confident that the future graduates of Tal Campus will continue JCT’s proud tradition and leave their mark on the Israeli economy.”

Originally known for playing the title character of NBC’s “Blossom” as a child actress from 1991-1995, Bialik is also a leading voice on women’s issues, including through her New York Times bestseller book “Girling Up: How to Be Strong, Smart and Spectacular.”

“It was tremendous to see so many people here that support JCT’s mission and share our vision for the future of Israel. Mayim Bialik’s unique personal and professional story is a microcosm of JCT’s own narrative in Israeli society and the global Jewish community,” said Friends of JCT Chairman Aurora Cassirer. “Both in real life and on the television screen, she helps counter the myth that women are not as well-suited as men for science and technology careers, all while maintaining an observant Jewish lifestyle. Mayim is a special role model for Jewish women, and we could not think of a more fitting and inspirational keynote speaker for JCT.”

JCT’s groundbreaking work in the education of women in technology fields is particularly apparent when it comes to computer science. One out of every five Israeli women studying computers does so at JCT, and all of those students are daati leumi (national religious) or haredi. Fifty-three percent of JCT’s computer science students are women—18 percent higher than any other Israeli institution of higher learning.

The Friends of JCT gala also included a tribute to Dr. Rozalie Schachter, the daughter of Satmar Chassidim, who emigrated to the U.S. at the age of 16, obtained a Ph.D. in Physics from New York University and became a trailblazer for women in the field of technology and business, as well as Golan Ben Oni, Chief Information Officer at IDT, who was granted the Shield of David award.